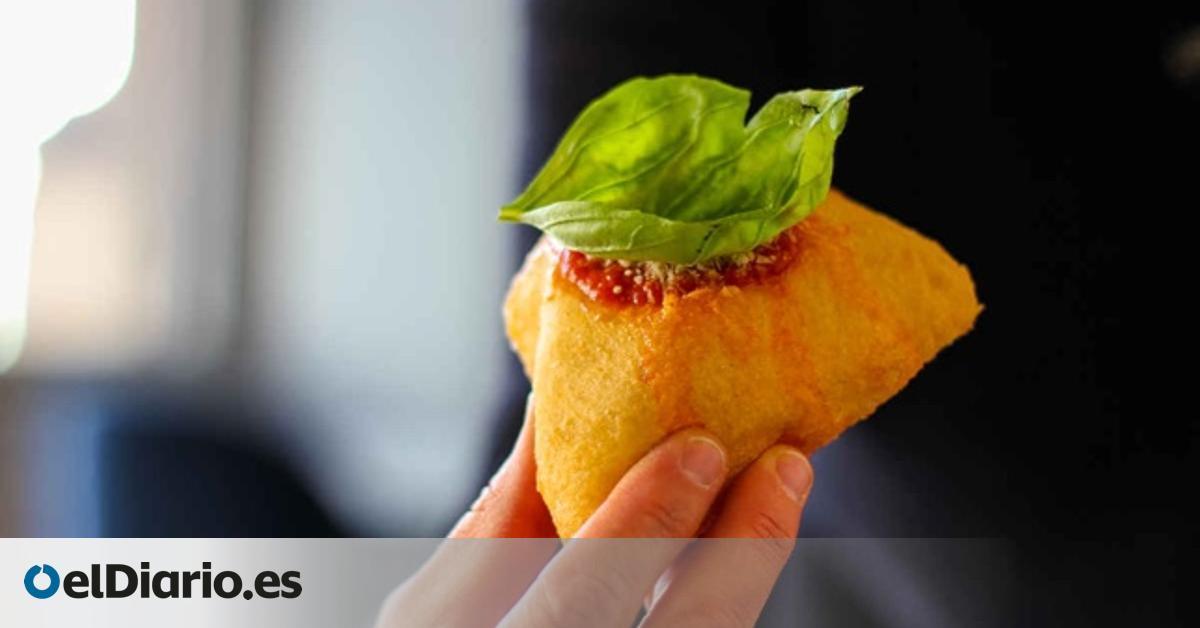 Beyond pizza, in Naples they have a gastronomic tradition that is little known in Spain, which can be found on the menu of many gastronomic establishments, above all in panzerotti or fritters.

That’s about it Neapolitan FritoA street food consisting of dough filled with potatoes, rice, pasta, pizza, cheese, vegetables or even donuts, battered and of course fried in plenty of oil until it’s so golden you can’t resist eating it.

also the so-called KuoppoThese Neapolitan delicacies, which were already common in the early 19th century, can be sweet or savory and take the form of a ball, pie or cone, to name a few examples.

We’re going to show you where to try them, but first we’ll explain what some of the most popular ones are made of:

Now, all these Neapolitan frites are starting to arrive in Spain, served by specialty restaurants like the ones listed below.

👉🏼 Pizzeria Da Nanni It is Barcelona’s temple of authentic Neapolitan cuisine, even for those who miss their homeland in Spain. Its restaurants, in the Gothic heart Barcelona And at El Born, they offer an extensive menu from which you can try some traditional Neapolitan fritters.

Between them, Frittata di bucatini In tempura: sautéed pasta and fried béchamel sauce; with potato croquettes Mozzarella Buffalo: one of the most famous cheeses among its cuisines; some Arancini rice and one of the most famous starters, Fiori di Zucca: Fried pumpkin in the shape of a flower and filled with cottage cheese. Carrer de la Llibreteria, 10 and Carrer del Rec, 30.

👉🏼 L’Antica Pizzeria Da Michele After more than 150 years of experience, it was the winner of the 2021 Best Artisan Pizzeria Chain Award, according to 50 Top Pizza. It can be said that the Conduro family, its creator, after the conquest of Italy with its restaurants, expanded throughout the world with Neapolitan techniques in Japan, the United States, Spain and many other countries.

In this recognition of their merits, theirs Fritt Napoletani You can’t leave them: fried bread, provola cheese, salt, pepper, eggs; Grilled pizza dough strips, Neapolitan tomato ragu and Straciatella Pugliese; And folded fried pizza with infinite ingredient filling and many others that leave no one indifferent. Consell de Cent Street, 336, Barcelona.

in 👉🏼 L’Antico Borgo Napoletano Give the pizza consistency under the wood oven, quality pasta by the hands of artisans and flavor Fritt Napoletani with traditional techniques.

in this case, Calzone Fried stuffing ricottahi, ciccioli And black pepper is one option frit The letter, however, is true to the traditional recipe Melanzane alla ParmigianaSome fried eggplant in Italian tomato sauce with cheese MozzarellaParmesan and basil. Carrer d’Escudellers Blancs, 14, Barcelona.

👉🏼 Caprice Undoubtedly, this is one of the most diverse Spanish restaurants. This is Valencia And its masters of Neapolitan food are ready to create their dishes in a traditional way, but with an innovative twist. They have a section for these fried foods and these fried foods.

They emphasize FrittataSome medallions of fried dough with ingredients such as béchamel sauce, longanise, minced meat or many other tastes. However, perhaps the best idea so that you don’t miss anything is the dish Gran Frito Napoletano, a table where there is such a variety, for example. Panzerot, Arancinietc. Passeig de l’Albereda, 39. Valencia.

Restaurants where you can try several options of frites

in 👉🏼 Matteo Italian cuisine, you will find only one option of typical Italian grilled food, but the truth is that it is one of the most difficult to find in the Spanish territory and therefore one of the most original and also traditional in its country of origin. It’s about grilled cheese ravioli with sauce Parmigiano. Peace Market, Calle Ayala, 28, Madrid.

👉🏼 Trattoria Luna Rosa It became famous after a visit that President Pedro Sánchez shared on Twitter, but its Neapolitan cuisine is one of the most authentic in Madrid, as we already told you in this report. Although not on the menu, their grilled pizza is one of the most appealing offerings. C. San Bernardo, 24, Madrid.

👉🏼 in the tasting menu Cinquecento You’ll only find brie cheese with blueberry compote and smoked parmigiana from roasted eggplant. Of course, despite the letter frit Not to be extensive, other typical Neapolitan dishes abound on their menu. 3 Port Avenue, Valencia.

👉🏼 Similar things happen in four restaurants Mother Lievito in Barcelonawhere is he Calzone “Roasted in the oven” is a must on its menu and its ingredients are a religion for any lover of Italian cuisine: cheese. latte flower, ricotta buffalo, sweet ham, Reggiano Aged for 24 months, extra virgin olive oil and black pepper. Calle de la Llacuna, 1; Carrer dels Almogavers, 148; Carrer Crew Coberta, 105; 270 Majorca Street. 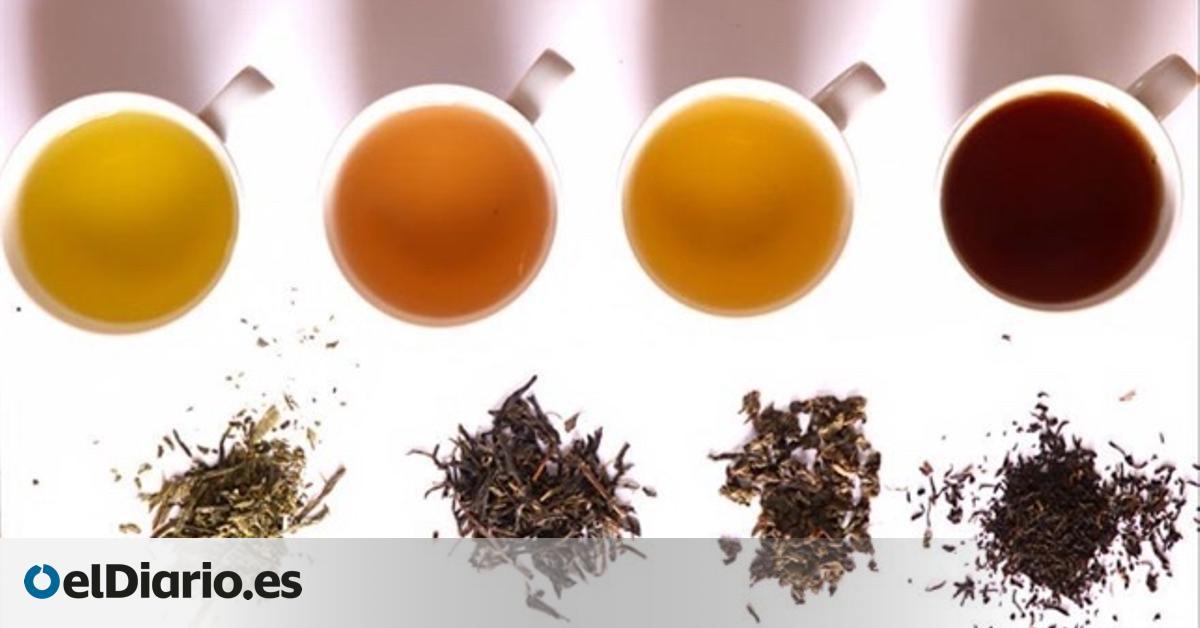 What is the difference between white, black, green, blue and red... 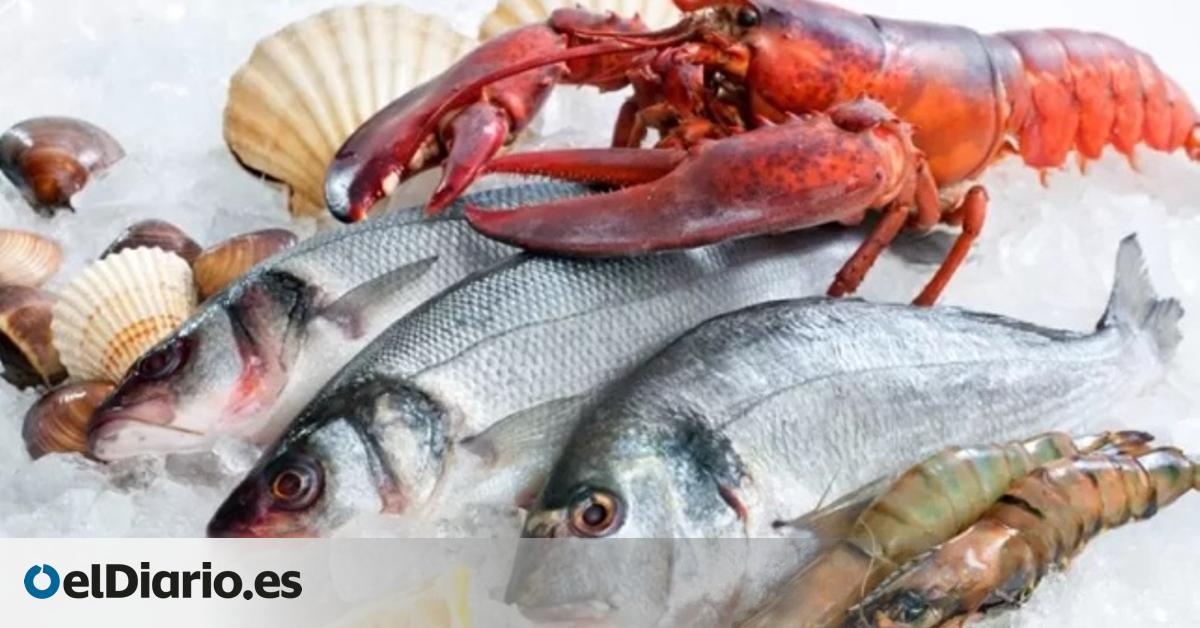 A simple trick to have cheap fish and seafood on Christmas...

A year of coronavirus in Northern Ireland: how well has Stormont...